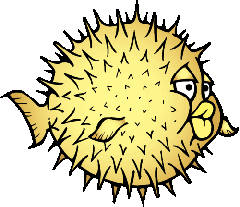 Not long ago, I had to setup an Ubuntu VM (I'm running them through bhyve by the way, and it's really sweet). But the day after, to my surprise, the lovely heartbeat email $hostname daily run output I've been used to was nowhere to be found. After a quick check, the Ubuntu cron "periodic" stuff doesn't output anything unless something go wrong.

I could easily add scripts into the /etc/cron.daily directory, but then I would have to handle the output "by hand" if they should or should not report something and the email subject would be the ugly cron line: Cron <root@$hostname> test -x /usr/sbin/anacron || ( cd / && run-parts --report /etc/cron.daily )

Ultimately I realized that my dream was something like OpenBSD daily(8) that I am used to (they say old habits die hard). Since they are simple POSIX shell scripts, I've hacked them a bit to run on Ubuntu.

I had to remove some OpenBSD specific daily stuff like security(8) and adapt a bit the rest like the stat(1) options at line 36.

Then, the system's /etc/crontab has to be adapted to actually run them. I used the same timing as OpenBSD (starting at line 17):

Finally, here is my /etc/daily.local. It checks for packages and security updates along with Let's Encrypt SSL certificates renewal:

And that's it! Let me know if this post was useful to you and if I missed anything of course. Happy new year by the way :)